As of March 2015, all content here has been moved to a more user-friendly site. Please visit www.deborah-puette.com for the most up-to-date information. Thanks.

When you tell people you're an actor and writer, they usually have questions like these:

WHAT HAVE I SEEN YOU IN?
Sam Raimi's 3D blockbuster OZ The Great and Powerful and his pilot for Fox entitled Rake, NBC's Revolution (pic above), executive producer Steven Spielberg's Extant on CBS, True Blood, The Office, Parks and Rec, Grey's Anatomy and more, at IMDb.

Lucky enough to know about the vibrant theater scene in L.A.? Then maybe you've seen me onstage.

CAN I WATCH ANY OF THAT?
Why yes. Yes you can. Below on the right are some videos from work I've done, including the trailer to a short film I recently wrote, produced and starred in entitled Cash for Gold (so far an official selection at the Hollywood Film Festival, Florida Film Festival and Sonoma International Film Festival. Hello, wine country.)


WHAT HAVE YOU WRITTEN??
A number of personal essays, some of which are published on this blog, and some of which you can catch me around town reading aloud for audiences. A short film called Cash for Gold (see above). A television pilot you haven't seen yet.

WHAT ELSE?
I'm a pretty good cook, a really good mom, and an irrepressible fidgeter.

Be my guest and look around as long as you'd like. I promise no pushy sales ladies will bug you.

The short film I wrote, produced and star in alongside Navid Negahban has enjoyed a solid year and a half of traveling around the country to festivals, and not often but sometimes my schedule has allowed me to travel with it. I have met some of the most wonderful people on this little journey, and I'd do it again in a heartbeat. It's a ton of work, but most things worth it are.

I can't say enough about my dear friend, fellow producer and our director, Robert Enriquez. He's just one of the most talented, heart-centered people I've ever known, and without him this film would absolutely not exist. Thank you, buddy, for challenging me and making me see the possibilities bringing this little story to the world would create. I love you.

And now, I'm so thrilled to say that you can watch the film online for free. I hope you enjoy what you see and that it makes you smile a little, cry a little or maybe a little of both. 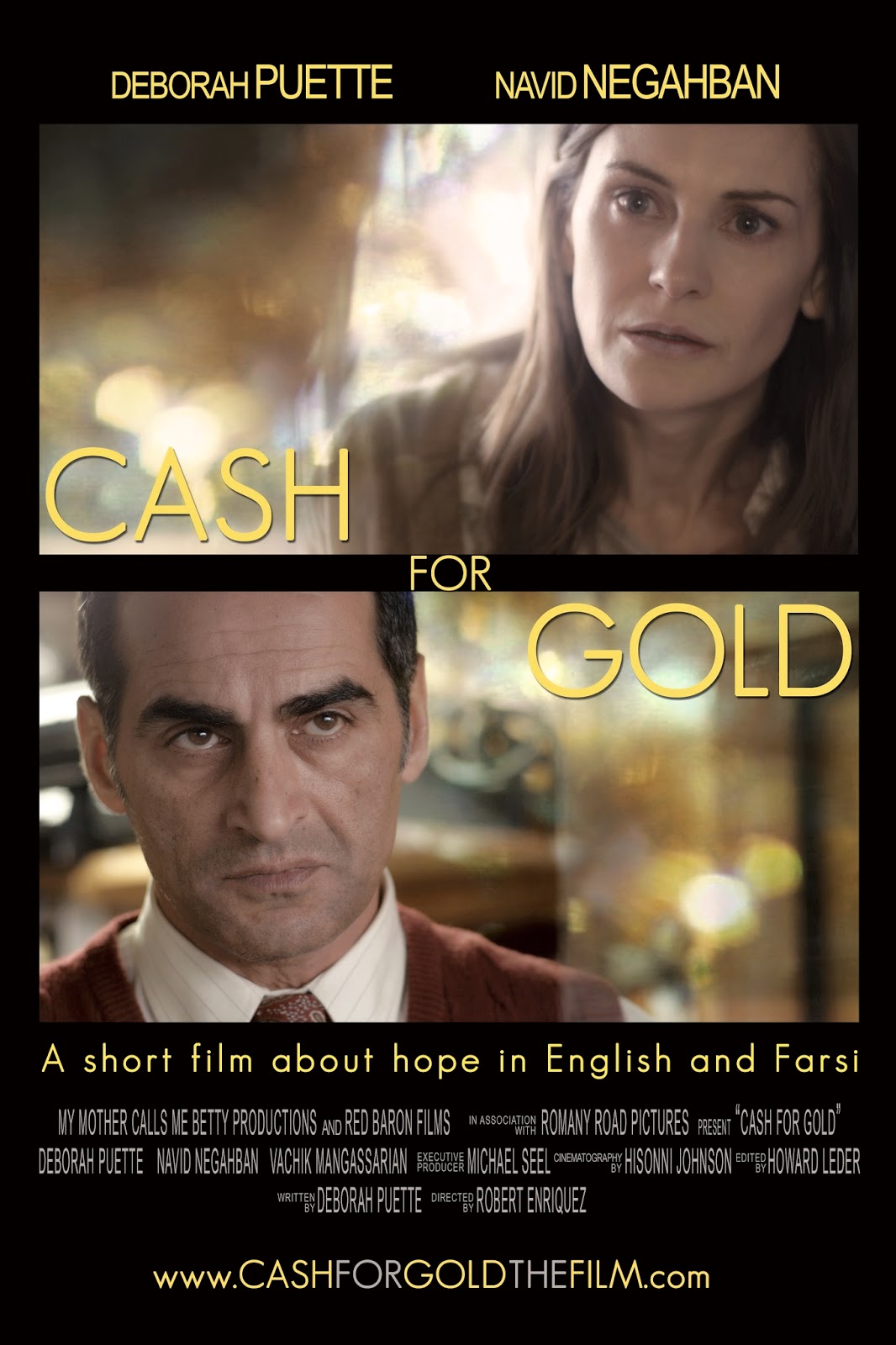 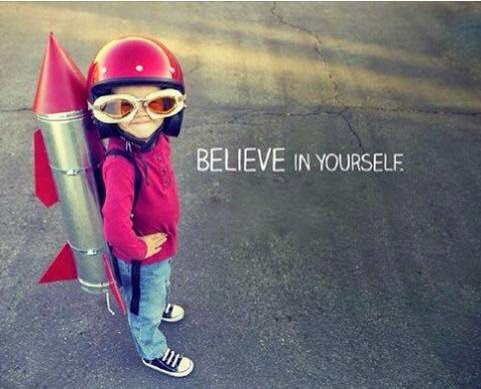 In praise of actors, my people, my kin:

In 15 years of auditioning for national commercials, I've never booked. Not one. I've taken awesome classes, I do strong work, I'm not a novice. I work in other mediums--TV, films, theater. Not commercials. Not yet. Lots of callbacks, "on avails," etc, but never the booking. So this week, I'm on avail for a big one, right? Which basically means it's down to me and a couple other actors for the role. And my agent texts me last night and says, "So sorry hon, you've been released," which means I didn't get the gig. Again. Also? Didn't get the huge guest star for that long-running network show I went in for on the same day. And? The killer role at that fantastic theater I spent most of last week preparing a taped audition for--no word. Yet. So you know what I'm going to do?

I'm going to do what actors do. I'm going to keep showing up. Keep doing the work. Keep putting myself on the line. When you see an actor's performance on the screen or in the theater, you're seeing the tip of the iceberg. You aren't seeing the hundreds of other auditions it took to get to that job. Don't misunderstand--this is neither bitch-fest nor complaint. This is what I signed up for. It's what I love to do. The thing that so many people who aren't actors--and even some who are--don't understand is that "no" is standard issue for us. We just don't listen to it.

I've neglected this page. Not that I imagine anyone's on tenterhooks waiting for my next post; I just don't like to let things go unattended. I'm a doer,  a list-maker; my father's daughter, I like to "git 'er done." But sometimes your list gets shot to shit. Sometimes life gets in the way.  Earth-shattering life, the kind where you lose your footing as sure as if a temblor had passed beneath you. I said goodbye to my dear, sweet mama in September, and things have looked very different since then. I'm sure a lot of you know first-hand all that comes with that. If that's true for you, please know you have my sympathies. Sincerely.

Thousands of miles separated us, but my mom and I talked nearly every day on the phone. We had a system worked out, a code. She'd call from Pennsylvania in the morning once she was up so that when I woke on the west coast three hours later, I'd see her missed call and know she was okay. I'd have my coffee then ring her once I'd dropped Wyatt at school. All these months later, it's the rare morning that goes by when I don't have that split-second thought to pick up the phone to call her on my drive back from dropping Wyatt at the train. Every time, I shake my head as if to clear something stuck, then give her my monologue on the thises and thats of my life out loud.

Being with my brother (my rock) at our mother's bedside those days-turned-into-nights-turned-into-goodbye was one of the greatest gifts of my life. There's a long story I won't tell here, but trust me when I say I know that my mother in all her stubbornness and strength willed everything that happened so I could be across the country with her and Joel when she left. She was a force to be reckoned with, Dona was. She was a light. She was a laugher, a dancer, a hoot. She was fiercely loyal and could hold a grudge like nobody's business, but one kind word and she'd melt like butter on burnt toast (her favorite.) She baked a Texas sheet cake so delicious you'd want to eat it by the fistful and preferred Pepsi to Coke. She is so very, dearly missed.

But our Dona instilled in me a fair amount of her iron strength--I am also my mother's daughter--and slowly, surely, I'm finding my footing once again. The path just looks very different now. 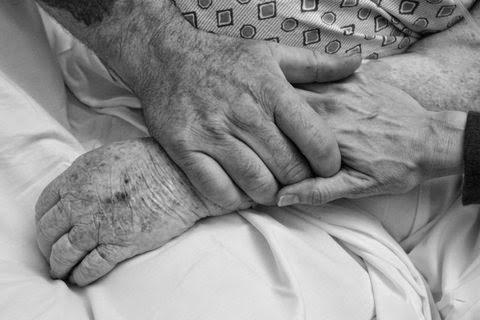 headed to connecticut for some movie making

I'm really over the moon to be heading to Connecticut (my first time to the state!) to work on this feature adaptation of Wally Lamb's novel "Wishin' and Hopin'". I've been a fan of Lamb's writing since I read "I Know This Much is True" and I loved the script for this picture. It's set in the 1960's, and I can't wait to get into that hair/makeup/wardrobe :)

The cast includes Molly Ringwald, Annabella Sciora, Cheri Oteri, Conchatta Ferrell and Meat Loaf among others, including some very talented kids and is being directed by Colin Theys. I think we're gonna have a blast. 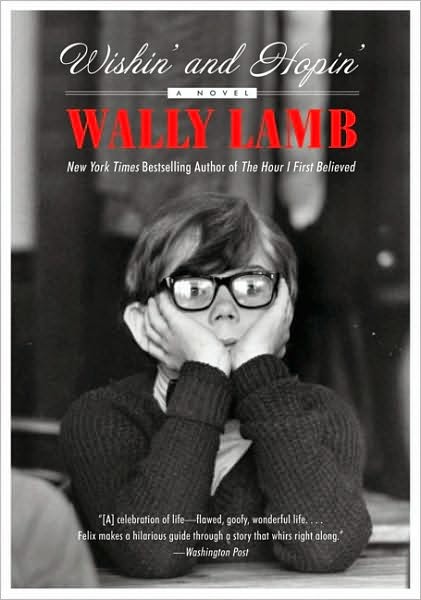 Details about the feature HERE

coming to your tv next in EXTANT

I just learned that I'll be joining the cast for an episode of CBS' highly-anticipated summer event series EXTANT starring Halle Berry. I'd read for the pilot months ago--it was honestly one of the best one-hour scripts I'd read in years!! So when they brought me back for another role in a different ep., I was like "uh, yes, please!"

I shoot next week and will post air date when I have it. Meantime, check out the stunning trailers here:

rave review from The Hollywood Reporter for 'A Delicate Balance'

"This fine revival of Edward Albee's Pulitzer Prize-winner makes a splendid case for its place in the canon of American theater.

A Delicate Balance (1967) won the Pulitzer Prize shamefully denied Edward Albee for Who’s Afraid of Virginia Woolf?. Spiky, stilted and maybe maddening to many, it was probably the most abstruse honoree at that point in the award’s history. Albee managed the difficult feat of being muskily dated and vanguardishly visionary at the same time. Nearly a half century later, it has grown inordinately antique yet perhaps more scathingly pertinent than ever. It’s rarely revived, and this manicured yet powerful mounting makes a splendid case for its place in the canon of American theater." 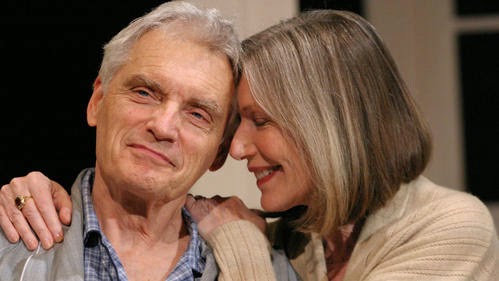 "In her emotionally astute staging, director Robin Larsen sets her dream cast loose upon Albee's fascinating, frustrating material, which ranges from the boozily meandering to the brilliant.
Puette, Costello and Knight blend neediness and appalling entitlement in their respective roles, while Jones is hilarious as a feisty drunk who punctures the prevalent malaise with defiant playfulness.

Yet it is stage and screen vets Selby and Sullivan who are most riveting as an embattled couple holding down their domestic fort against the enemy without -- and within. If you can weather the play's leisurely and indeterminate angst, you will be richly rewarded by their vivid performances." 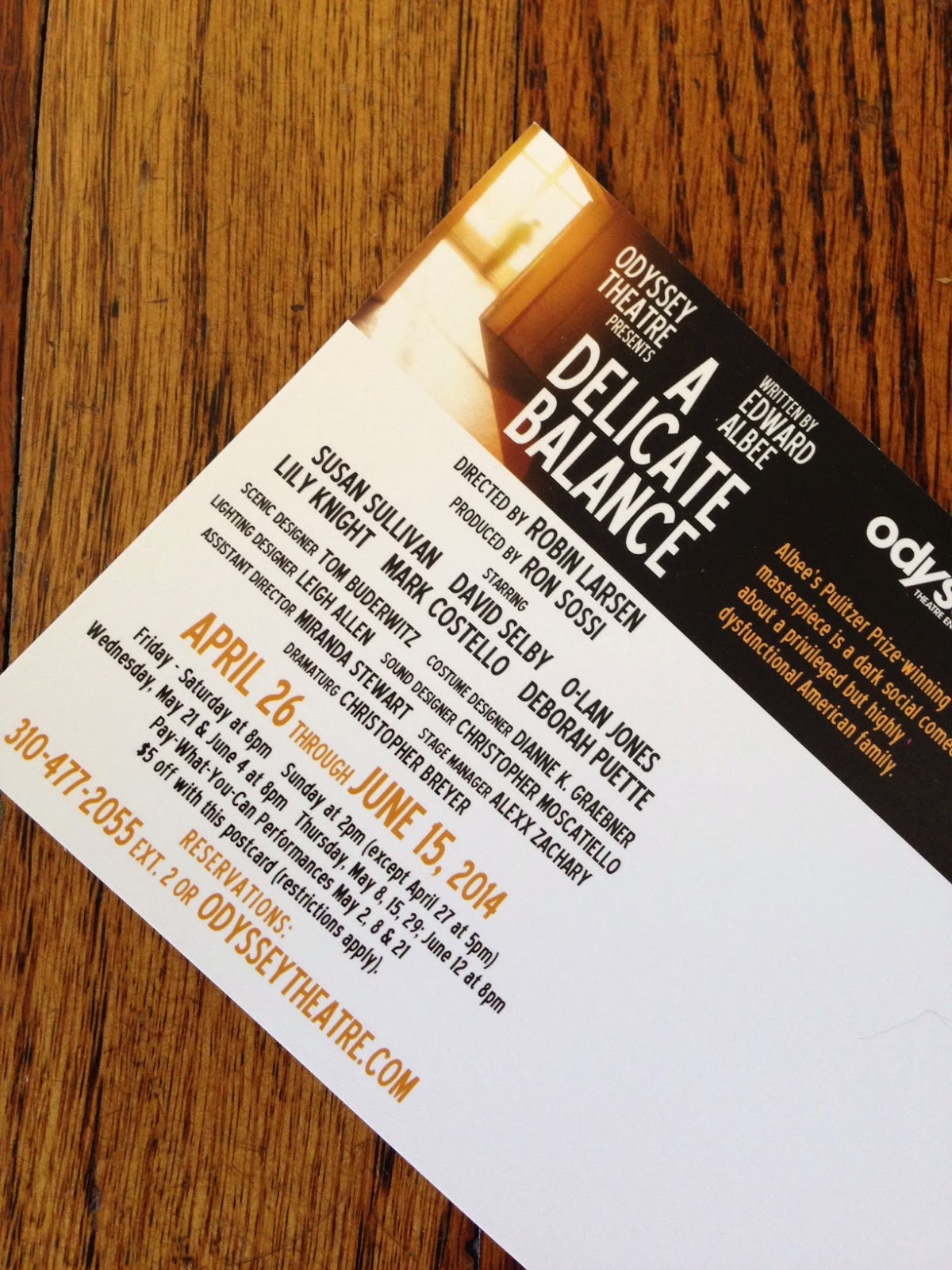 Yesterday we had our first read-thru with the company and designers at The Odyssey Theater. I'm so glad to be re-teaming with director Robin Larsen and to be working with this terrific cast for the first time. ADB will mark my fourth play with Robin (the Ovation Award-winner "Four Places" I produced rather than acted in), and it's almost exactly two years to the day since we did "The Fall to Earth" at the same theater.

I'M IN THESE PLACES NOW.ISH